More than 600 vehicles and machinery and more than 1,000 workers and engineers rushed to construct the ground leveling and drainage of the Long Thanh airport construction project. 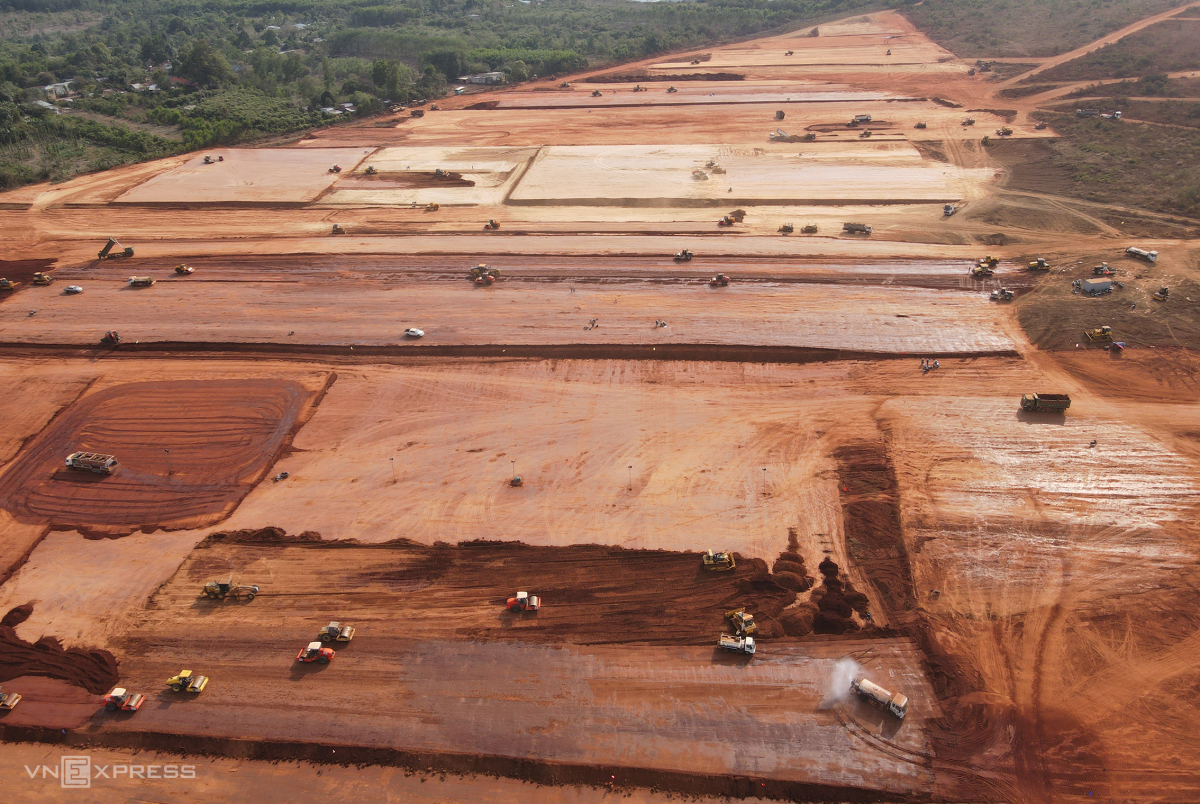 In the heat of the dry season, many workers carry out the leveling and construction of the drainage system of the Long Thanh International Airport project.

This part of the project is invested by Airports Corporation of Vietnam (ACV) after the project of demining mines and building fences is basically completed. In addition to leveling and drainage, the project also builds passenger and cargo terminals; Garage; transportation system... 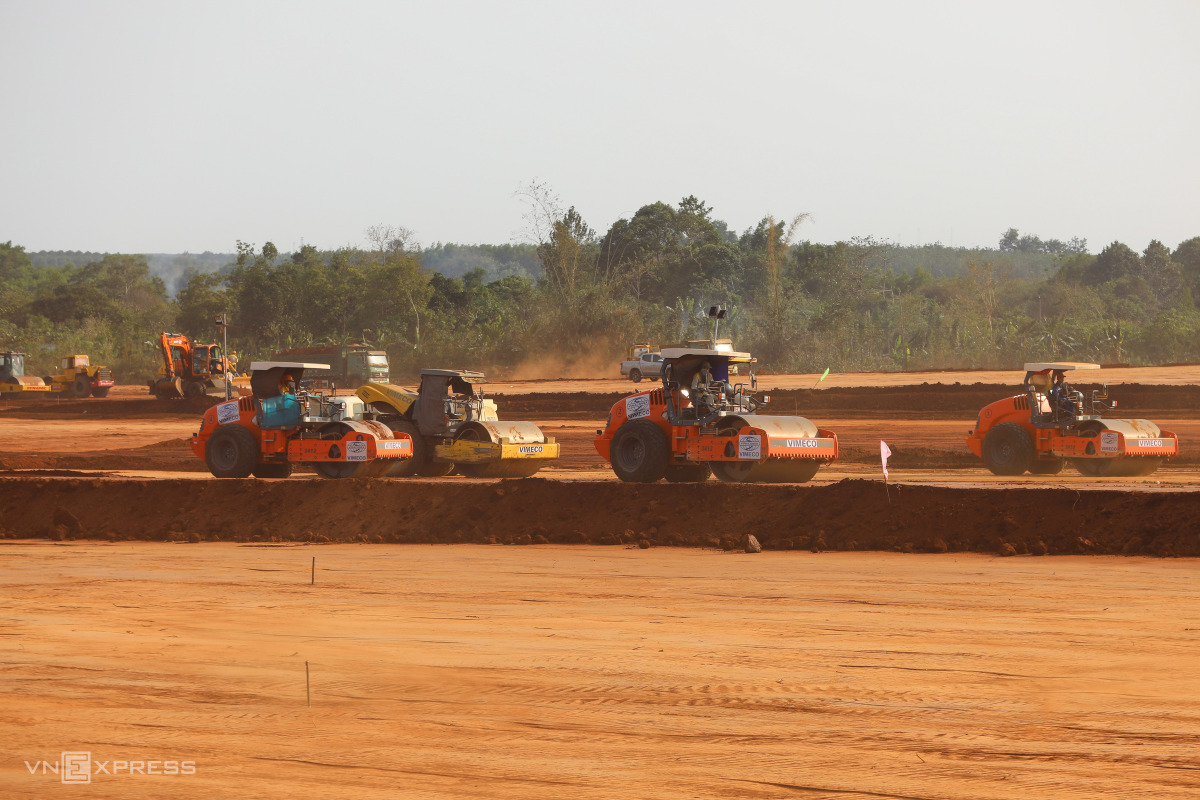 Bustling scene in the leveling and drainage area. Currently, there are about 600 machines and equipment and more than 1,000 workers and engineers working in three shifts.

"With the current progress, next April, we will hand over the construction site of the passenger terminal column according to the schedule," said Mr. Nguyen Khac Phong, deputy director of the project management board. 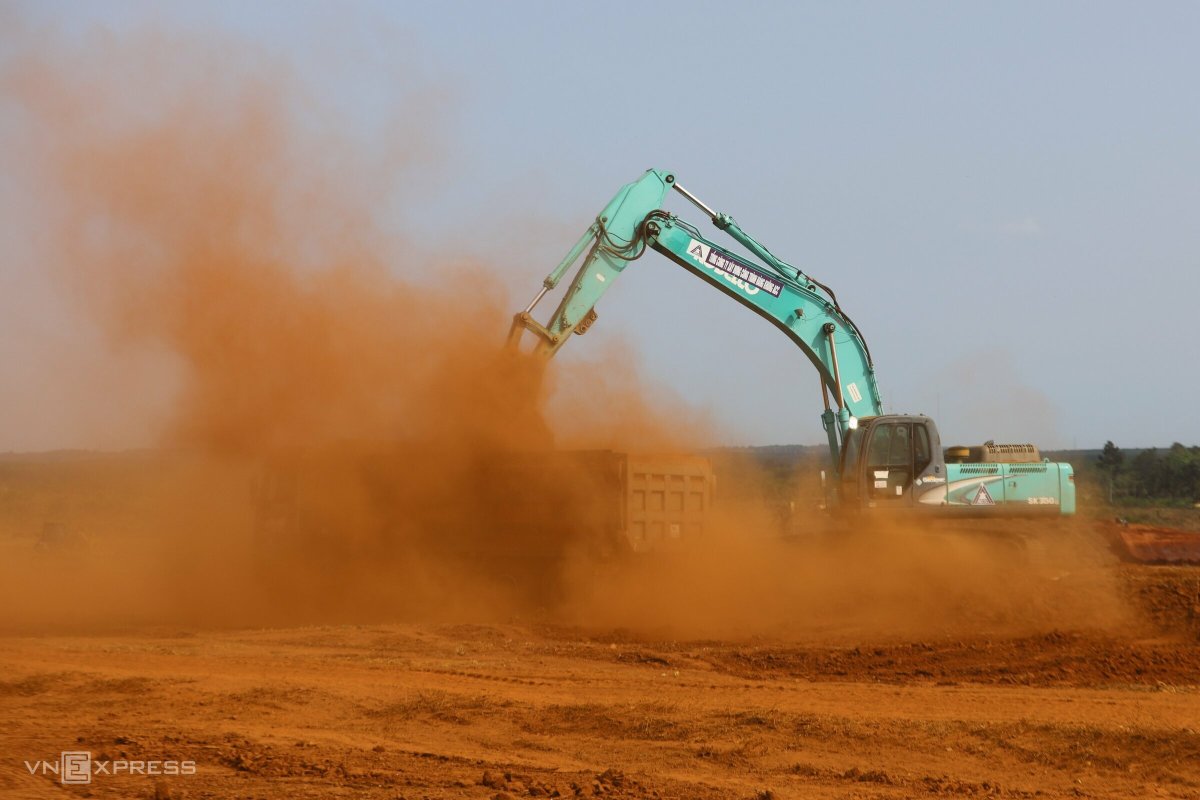 The project foundation is mainly basalt red soil, so the scooping and transporting makes the dust fly. 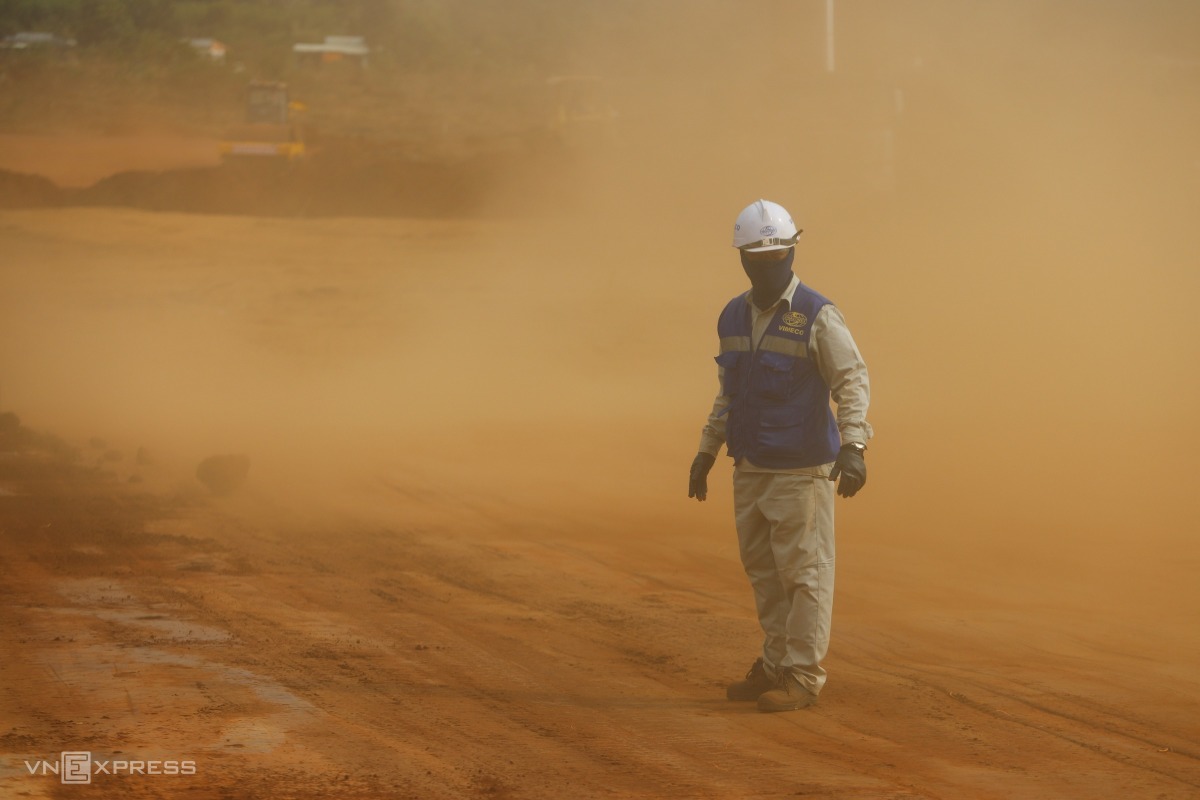 At the TD2 land reserve area, Mr. Le Xuan Thuy (51 years old) guides the road rollers, dumpers... to go to the dumps. "For nearly a week now, a lot of land has been poured here, cars are constantly coming in and out with hot weather, so the dust is cloudy. All workers must cover carefully, wear eyeglasses to avoid the hot sun and dust." Mr. Thuy said. 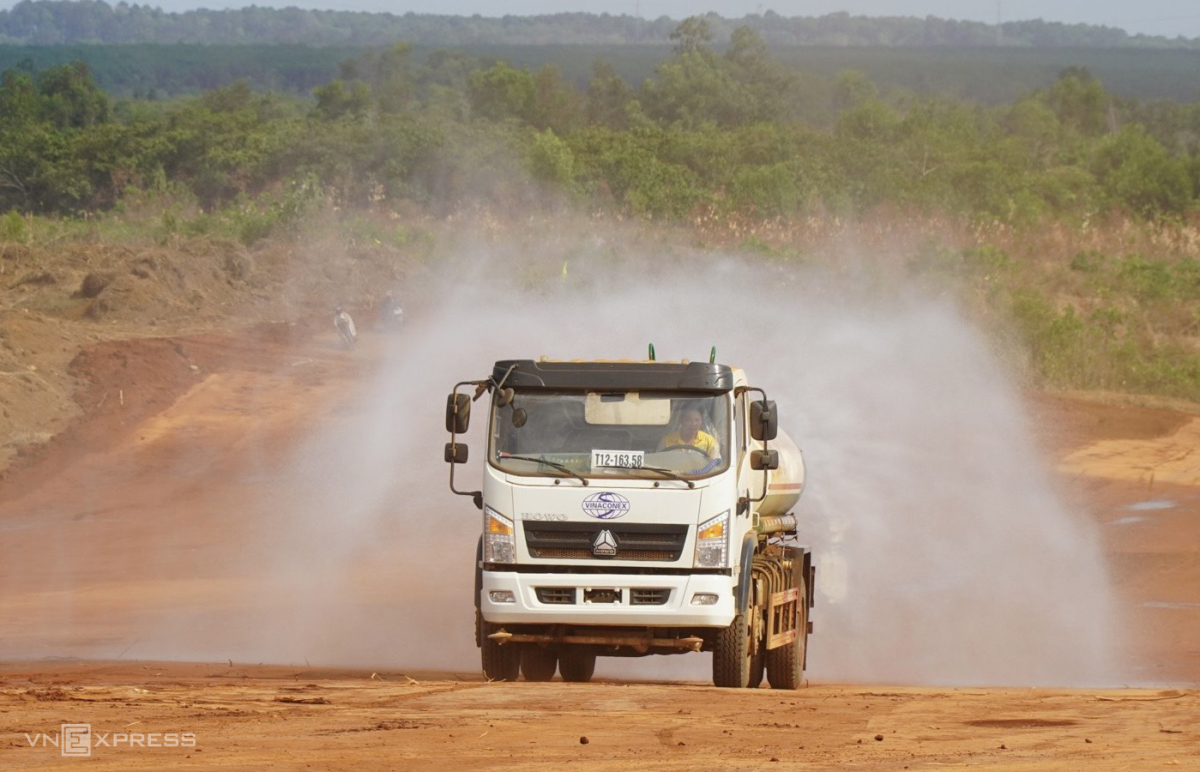 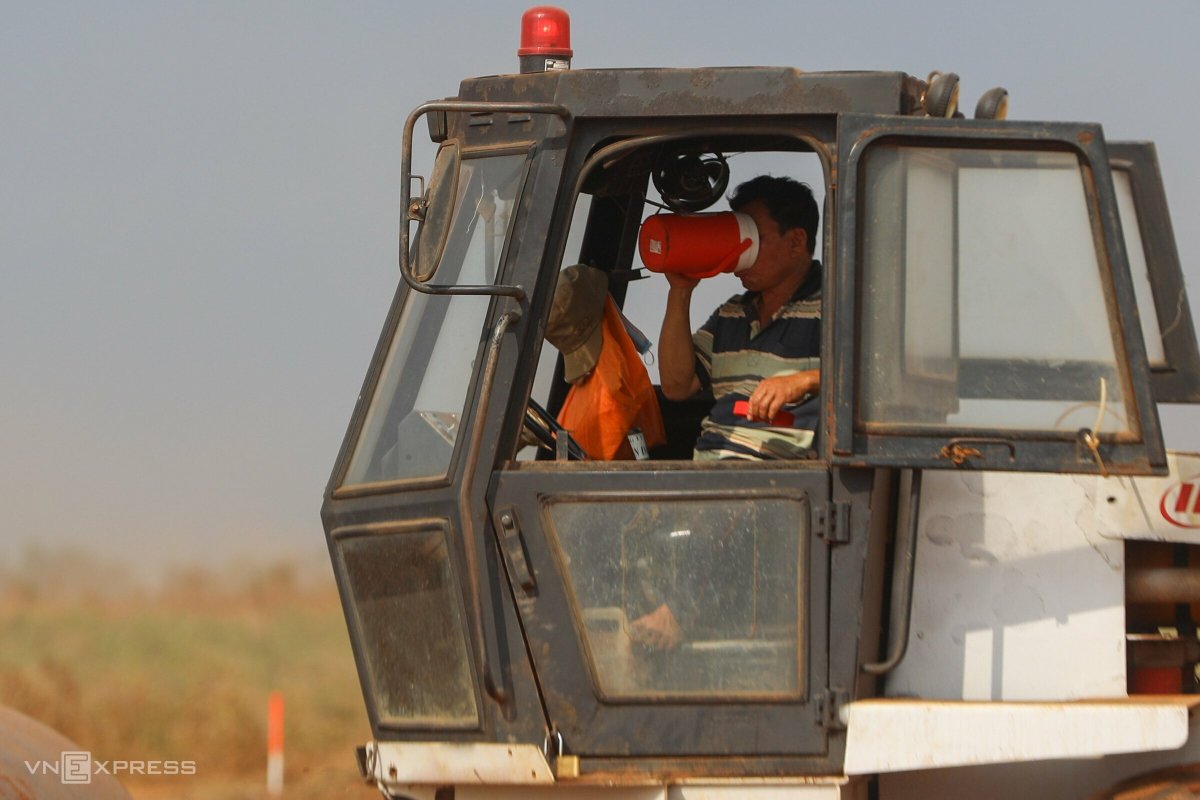 Male workers drink cooling water while taking a break. He is bulldozing the service road for vehicles and construction in the airport area. 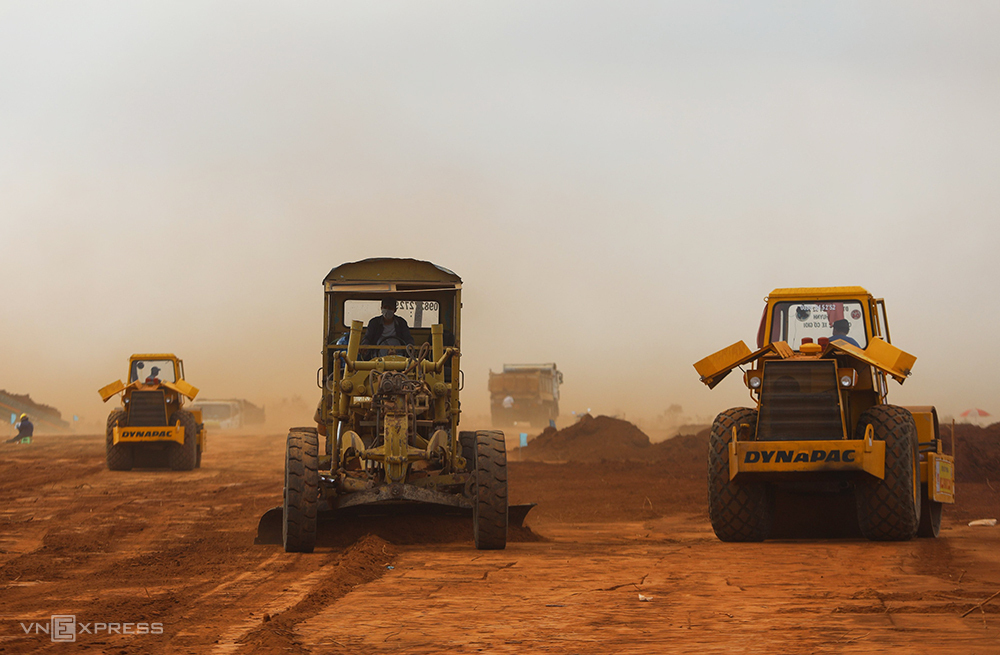 At the construction site of the land storage yard, hundreds of machines and motor vehicles were mobilized and worked at full capacity to keep up with the set completion schedule of 15 months compared to 30 months as initially planned by the investor.

According to Mr. Nguyen Khac Phong, Deputy Director of the Project Management Board, the project has not yet received full ground from the People's Committee of Dong Nai province, especially the area containing excess land. "The land is being piled up, but there is no space in the western area adjacent to Long An commune for accretion and leveling. I'm just afraid that heavy rain will affect the quality of the land and construction later," said Mr. Phong. 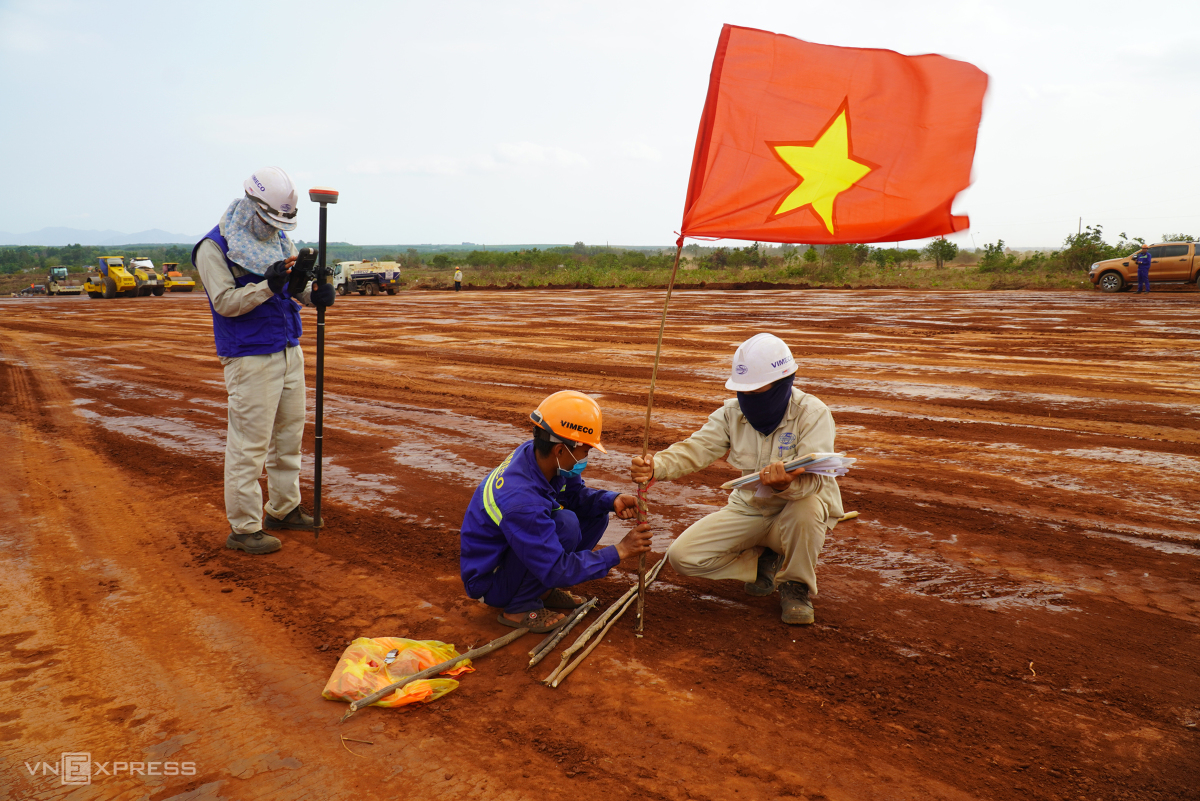 Workers measure and set landmarks for construction. "The heat and the pressure of progress, but we still adhere to the technique to ensure the quality of the project," said engineer Tran Van Cuong.

Long Thanh airport project started on January 5, 2021, concerned that the project was behind schedule, the Government leaders repeatedly inspected and urged the progress. 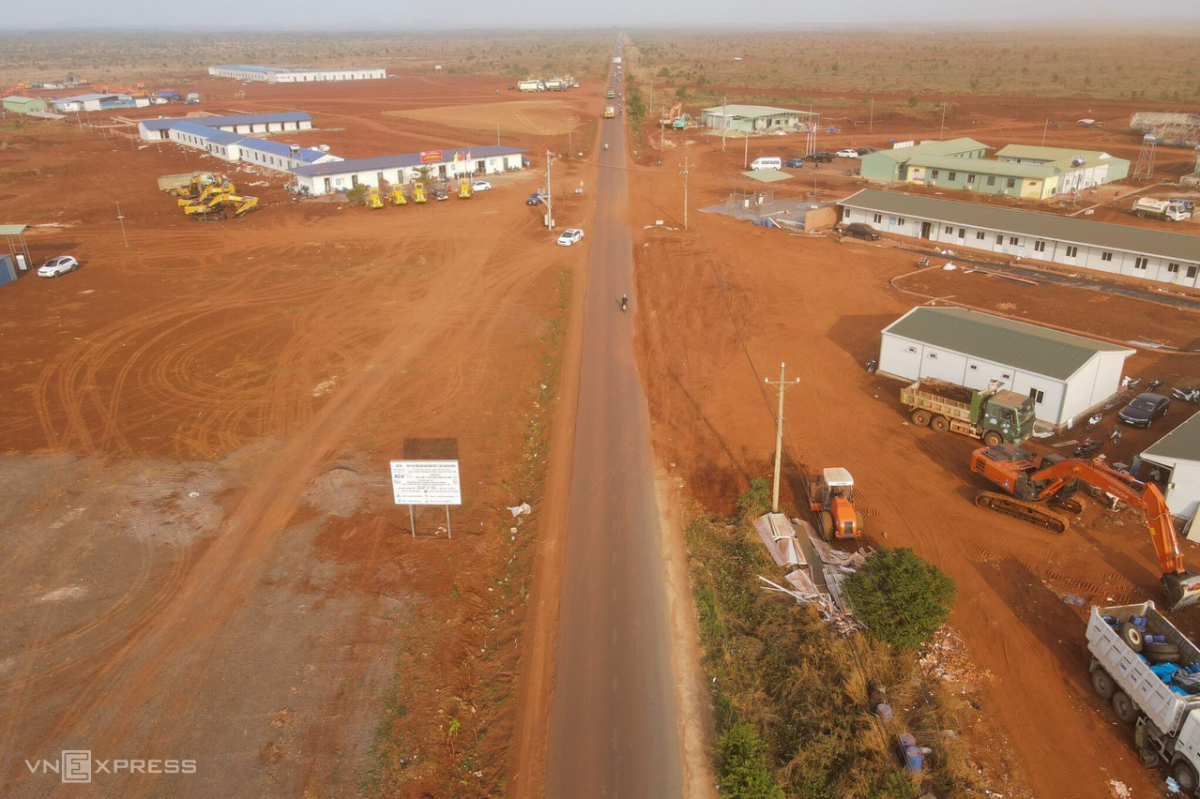 Huong Highway 10 passing through the construction site closed on March 15 to serve the project. "The management board still relaxes for one month for people still in the project area that have not been relocated to continue traveling, then close it completely," said Mr. Phong, adding that this is a solution to ensure construction safety. public because all public roads within the area of more than 1,800 hectares cross Huong Highway 10. 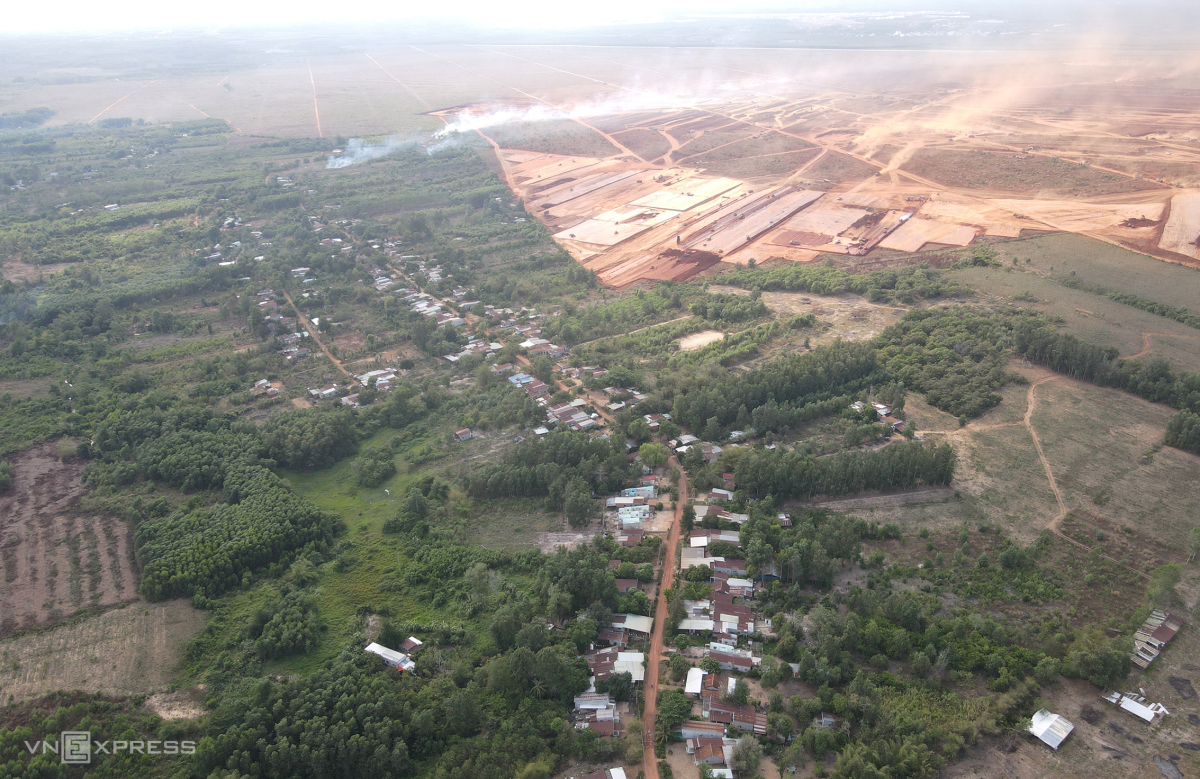 Households in the old Suoi Trau commune, now Binh Son commune, in phase 2 of the project, will be relocated and the site will be handed over to the investor.

At a meeting with the Ministry of Transport on March 15, the People's Committee of Dong Nai province said that it will allocate an additional 300 hectares of space this week. When there is enough space, the construction unit strengthens equipment and machinery, works in the third shift to speed up the progress, timely hand over the construction area of the station, runway, taxiway and aircraft parking.. . 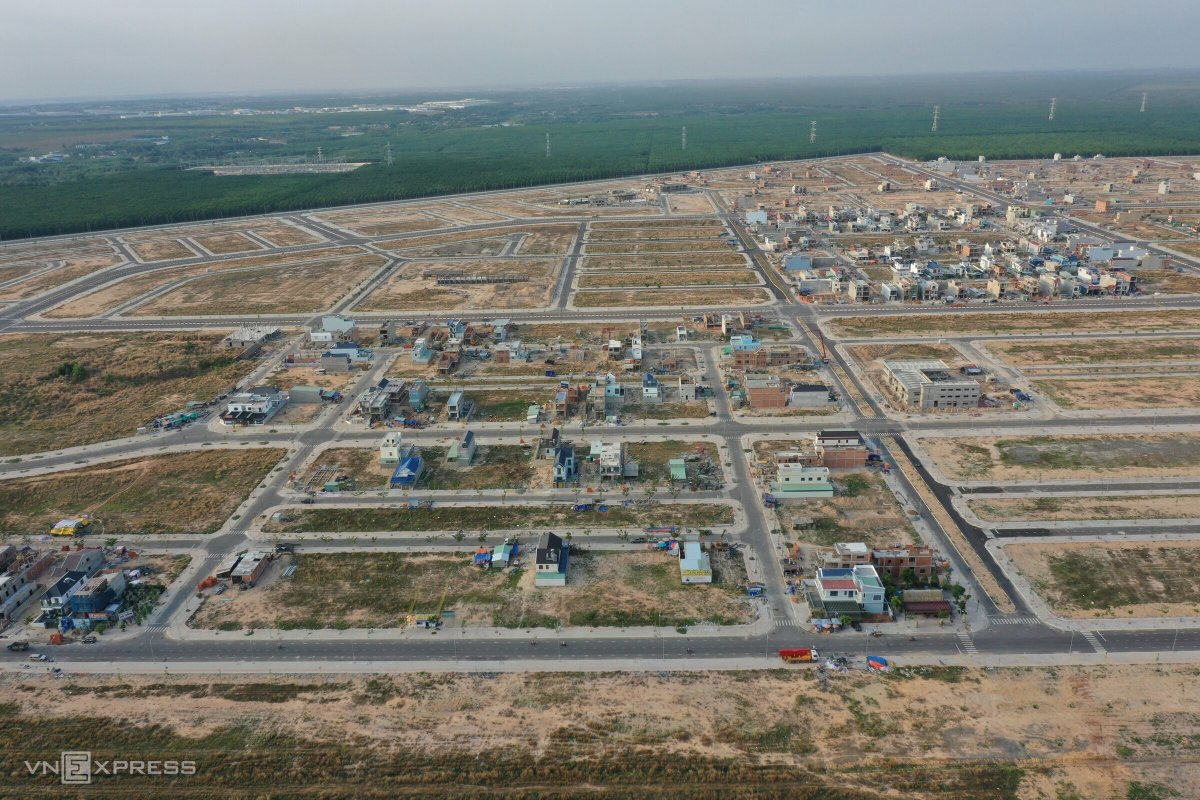 To serve the Long Thanh airport project, Dong Nai has built the resettlement area of Loc An - Binh Son with an area of 280 hectares (about 7 km from the project) and arranged accommodation for more than 5,000 affected households, giving up land for the project. judgment. Currently, the households displaced in the phase have largely received money and built houses here. 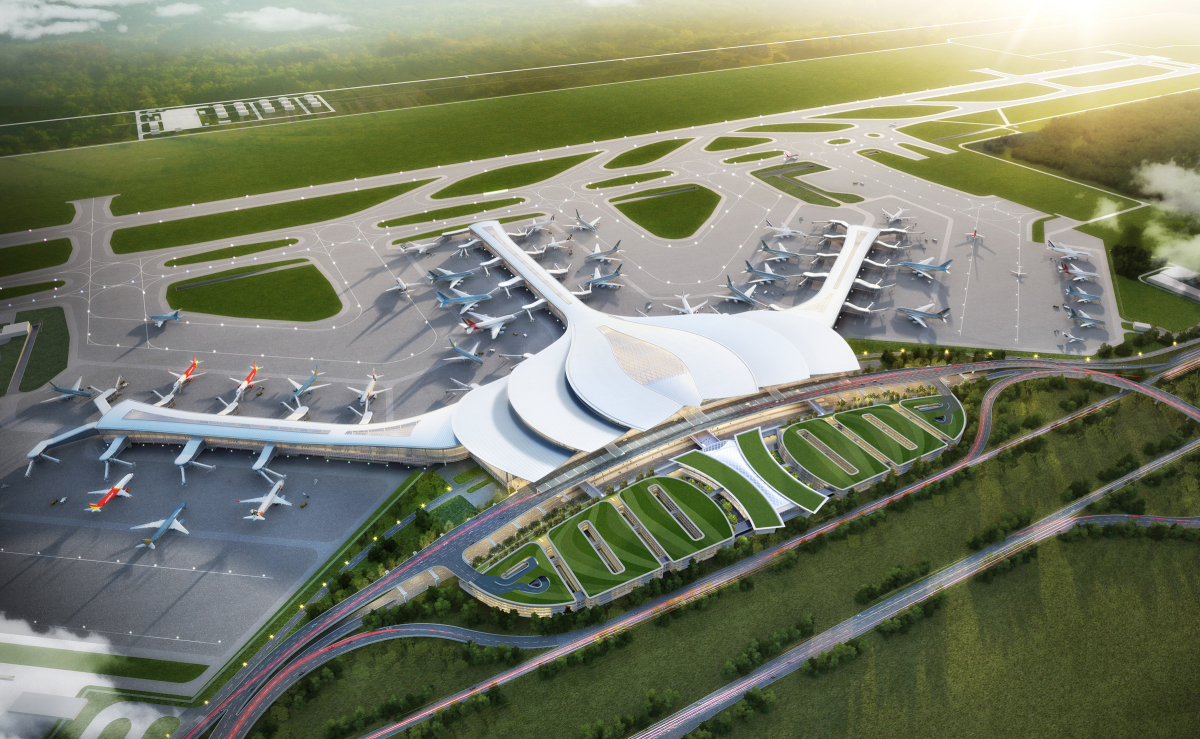 Long Thanh International Airport has a capacity of 100 million passengers and 5 million tons of cargo per year. Estimated total project investment capital is about 336,630 billion VND (about 16 billion USD). In which, the first phase is invested 114,450 billion VND (equivalent to 5.45 billion USD), expected to be completed and put into operation in 2025. Photo: ACV 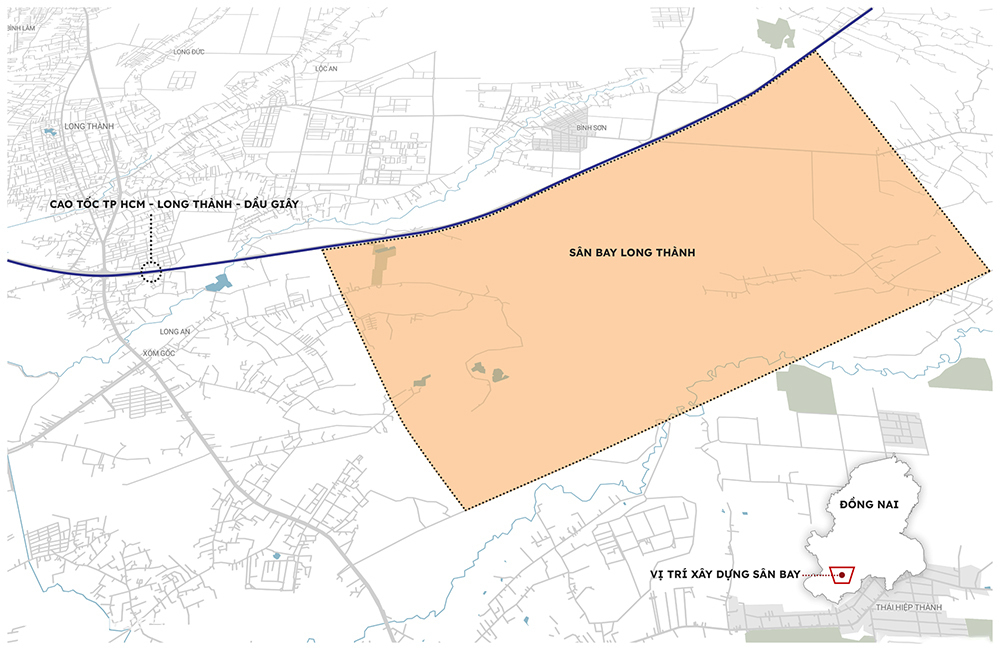 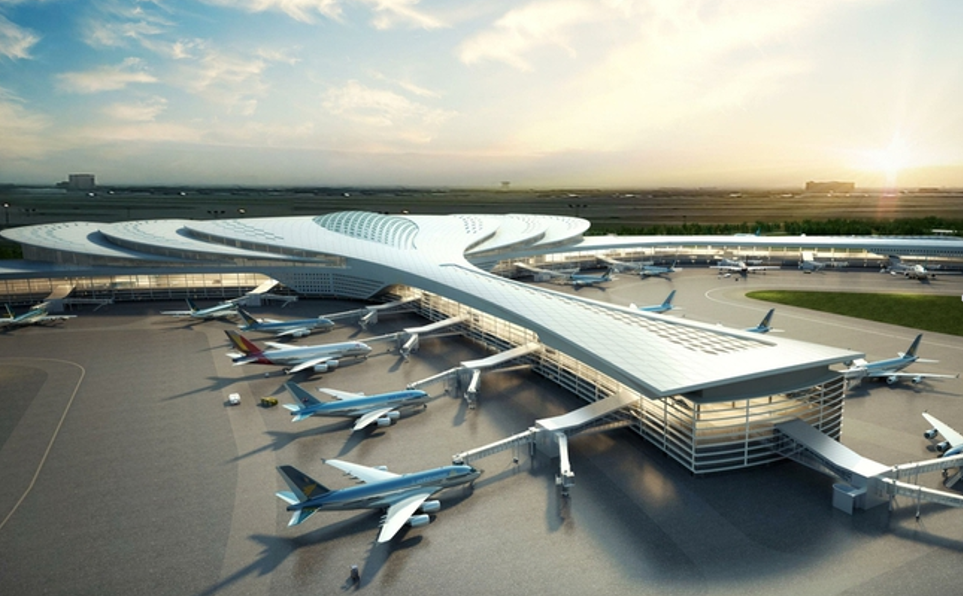 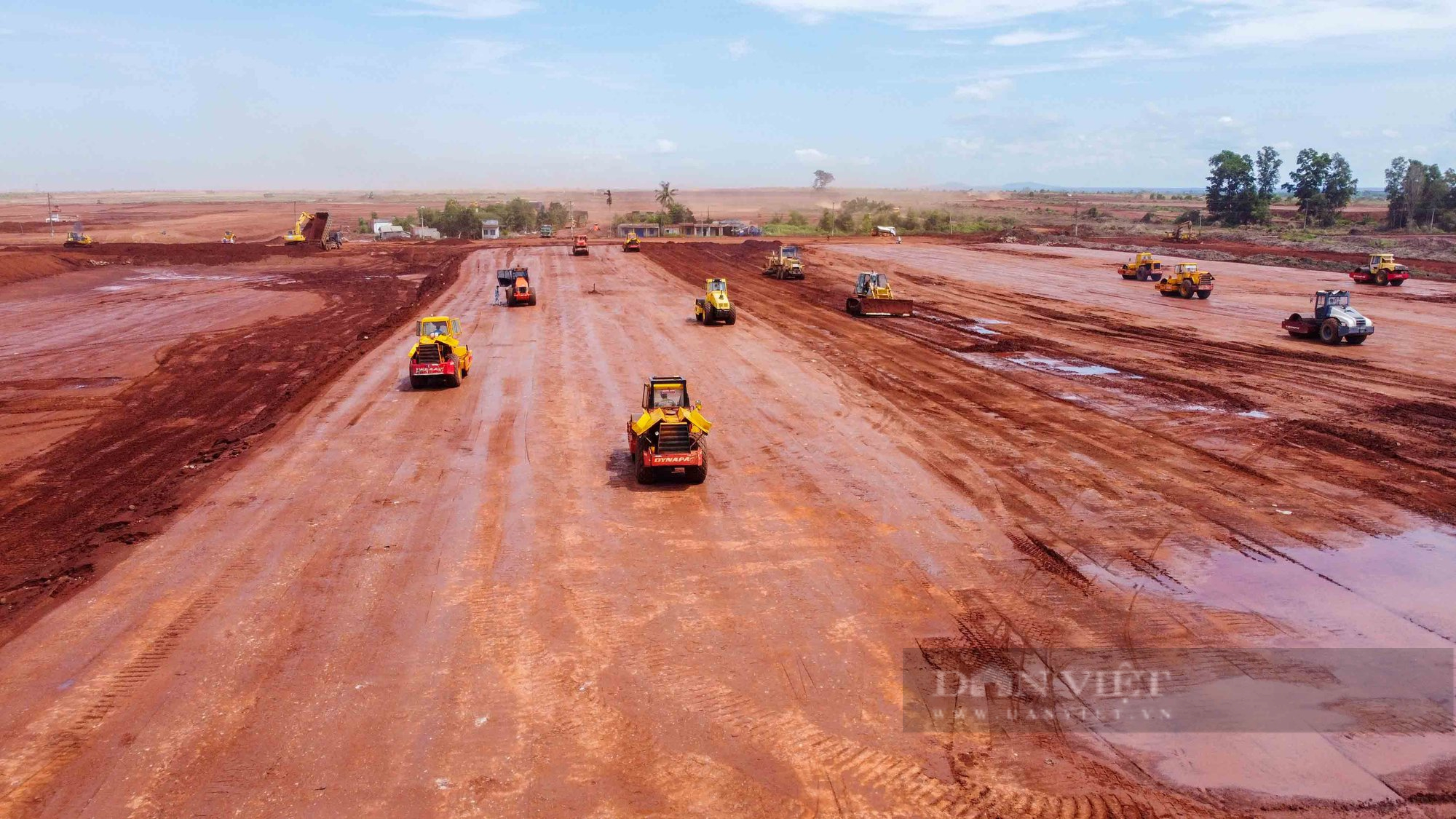 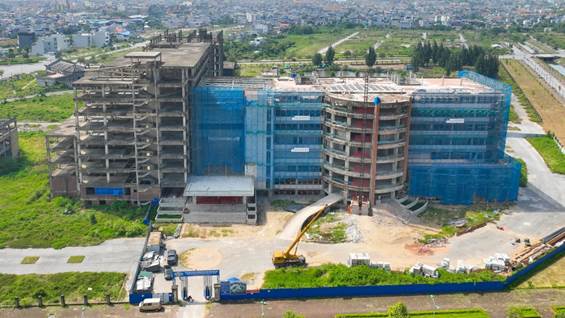 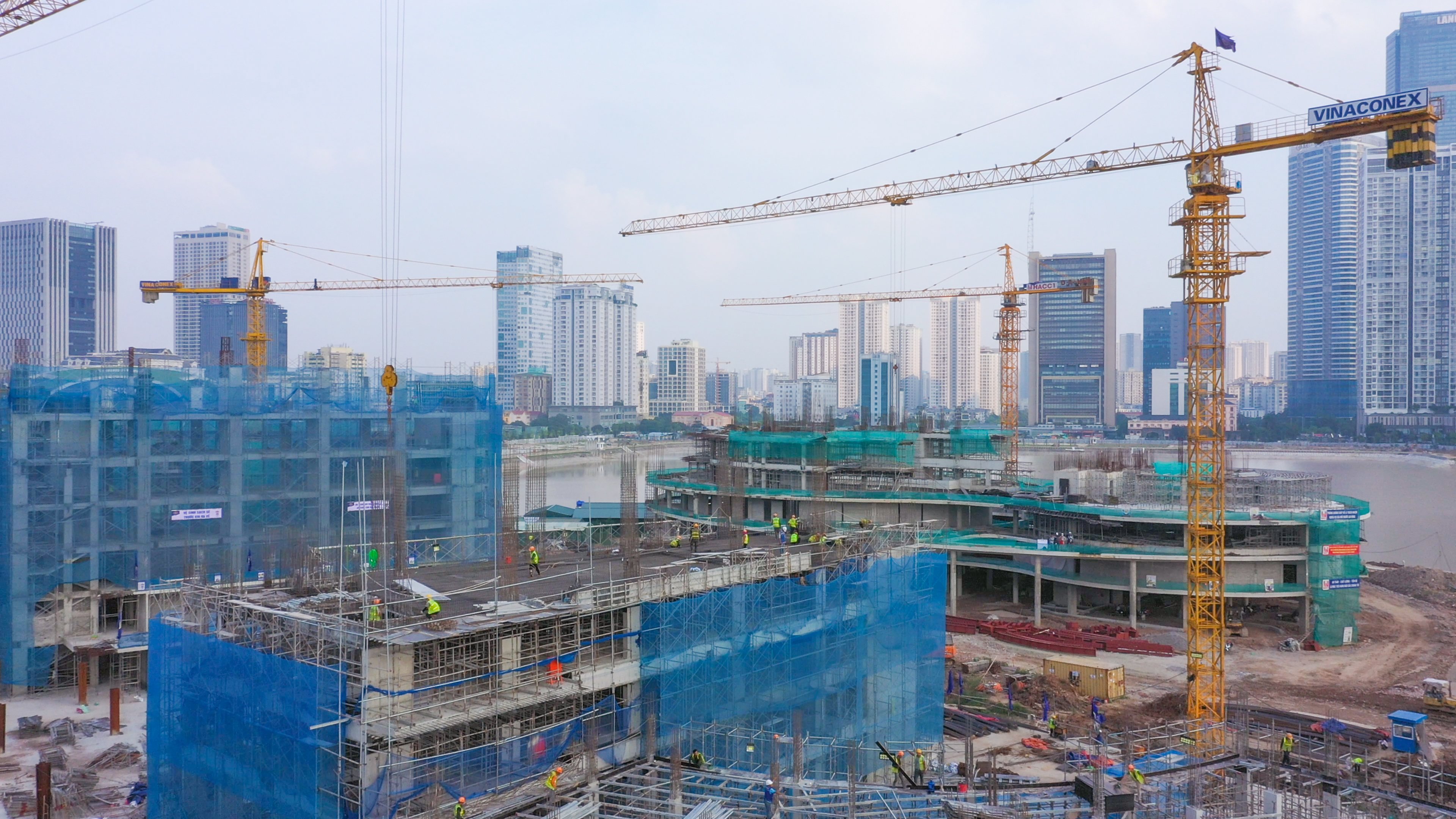